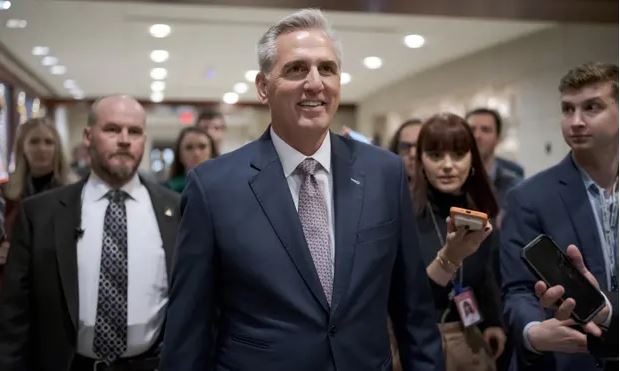 Republicans were on the brink of taking control of the US House of Representatives after a flurry of races were called for them on Monday.

The party had expected an overwhelming victory in the lower chamber of Congress due to high inflation and dissatisfaction with the Biden administration. But there was unexpectedly strong support for the Democrats, who have controlled the House since 2019.

Even if the Republicans do claim victory in the House, it is likely they will have the narrowest margin of the 21st century – rivalling 2001 when they had a nine-seat majority.

Nearly a week on from the midterm elections, three race calls in California and New York pushed the Republicans to 217 seats, one off from the 218 needed to command a majority.

On Monday evening Michelle Steel and Ken Calvert were both re-elected in California after close fought races against their Democratic rivals. Both races became more competitive this year thanks to the redistricting of congressional maps in California.

In New York, the Republicans also held on to a district that voted for the Democrats in the last two presidential elections.

There remain 14 races that are yet to be called, the majority of them in California.

House Republicans met behind closed doors late on Monday, as the fight for speaker began. The minority leader, Kevin McCarthy, is looking to lock in support for the role but is set to face objections from the right of his party.

Party leaders are facing a backlash over the disappointing performance in the midterm elections. McCarthy had promised big wins, with the most diverse class ever of Republican recruits, but voters rejected many of the more extreme candidates and election deniers beholden to Trump.

If Republicans win the House, McCarthy will face a formal vote to become speaker when the new Congress convenes in January.

Donald Trump backs McCarthy for speaker, but even his support is no guarantee. The conservative Freedom Caucus who typically align with Trump are demanding concessions from McCarthy before giving him their backing. They have a long list of asks – from prime positions on House committees to guarantees they can have a role in shaping legislation. 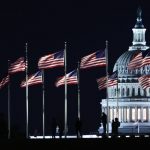 Democrats will keep control of the Senate, CNN projects

Democrats will keep their narrow Senate majority for the next two years, CNN projects, after… 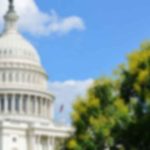 In politics, it often pays to be ahead of the curve. That holds true for…